When you’re trying to land an agent to sell your book, you have to send out what is called a “query letter”.
I looked up my original query for the Hitwoman series.  Here it is:
I hope you’ll consider reading my 80,000 word novel Confessions of a Neurotic Hitwoman (think La Femme Nikita meets Bridget Jones Diary).

Not long ago, remarkably unremarkable Maggie Lee had a soul-sucking job, a less than stellar family, and hadn’t had a date in over a year. Now she’s a hitwoman….but that’s okay, because her lizard approves.

When she awakes in a hospital Emergency Room, Maggie learns that a drunk driver has killed her sister and brother-in-law, and seriously injured her three-year-old niece, Katie. Only Maggie seems to have escaped the horrific crash unharmed (except for the fact that she’s now able to converse with Katie’s pet gecko, Godzilla. “You can just call me God.”).

Keeping Katie in a premiere medical facility costs big bucks. Maggie has no idea how she’ll continue to provide Katie with the best care available, until she’s offered a lucrative job opportunity — $100,000 to “off” someone. She politely refuses the offer until she’s informed that Katie is on the verge of being booted out of the rehab facility. Maggie’s all too familiar with the shortcomings of state run institutions. Her mother is a permanent resident of a state run psychiatric hospital and her father’s locked up for life. Maggie can’t let Katie end up in one of those places.

Against her better judgment, she accepts the job and is paired up with a hitman mentor who teaches, “Life Lessons: How to Take a Life and How to Avoid a Life Sentence.” With some help from God (the lizard, not the deity) Maggie uses her newly developed skill set to become a contract killer. But the road sure isn’t easy….

And here’s the version that eventually landed me my agent

Maggie Lee is not your average hitwoman. For one thing, she’s never killed anyone before. For another, her sidekick is a talking gecko, a picky eater who is obsessed with Wheel of Fortune.
Desperate to help her hospitalized niece, Maggie finds herself accepting a mobster’s offer of a big payday in exchange for killing his even more monstrous son-in-law. Paired with Patrick, a charming murder mentor (who just happens to moonlight as a police detective) Maggie stumbles down her new career path, while contending with self-doubt, three meddling aunts, and a day job she hates.
And in case you’re interested, here’s the blurb the publisher ended up using for CONFESSIONS OF A SLIGHTLY NEUROTIC HITWOMAN.

Maggie Lee is not your average hitwoman. For one thing, she’s never killed anyone. For another, after hitting her head in the car accident that killed her sister, her new best friend is a talking lizard—a picky eater, obsessed with Wheel of Fortune, that only Maggie can hear.
Maggie, who can barely take care of herself, is desperate to help her injured and orphaned niece get the best medical care possible, so she reluctantly accepts a mobster’s lucrative job offer: major cash to kill his monstrous son-in-law.
Paired with Patrick Mulligan, a charming murder mentor (who happens to moonlight as a police detective), Maggie stumbles down her new career path, contending with self-doubt, three meddling aunts, a semi-psychic friend predicting her doom, and a day job she hates. Oh, and let’s not forget about Paul Kowalski, the sexy beat cop who could throw her ass in jail if he finds out what she’s up to.
Training has never been so complicated! And, this time, Maggie has to get the job done. Because if she doesn’t . . . she’s the mob’s next target.

If you’ve read the CONFESSIONS OF A SLIGHTLY NEUROTIC HITWOMAN or MATCHMAKER MYSTERIES series you’ve probably guessed that Armani Vasquez and her psychic abilities hold a special place in my heart.
(Learn more about her in A is for Armani post.)
I mean how can you not love a woman who reads Scrabble tiles and names her business PMS (Psychic Matchmaking Service)?
If you’ve followed this blog for a while, you may have seen me mention my secret PCM project. This is a brand new series I’m launching in the next few months. I’m so excited to share it with you.
I’ll tell you now that the P is for Psychic.
Not Armani.
Somebody else.
Intrigued???

I admit that I was afraid of/repulsed by possums for a long time (anything that has FIFTY teeth is frightening to me) but then I educated myself about them (see the L is for Learning post) and realized they’re pretty cool.
Here’s why:

Since I felt badly for maligning North America’s only marsupial for so long, I gave Matty, a possum who sounds like Lauren Bacall,  a heroic role in THE HITWOMAN AND THE GOLD DIGGER.

Does it make me neurotic if I admit I love looking at all the covers of the Neurotic Hitwoman series?

My writer pal, DB MNicol writes the Klondike Mysteries (set in Pennsylvania!)
When a retreat becomes a nightmare…
When Cherie Marshall catches her fiancé and best friend in a compromising position, she cancels her upcoming wedding and jumps at the chance to escape to quiet Klondike, Pennsylvania to care for her elderly aunt. She thought her biggest issue would be adapting to life in the middle of a National Forest, so very different from her upbringing in the deserts of Arizona.
But that was before she met State Trooper Fire Marshall Jamison “Jazz” Maddox at the scene of a mysterious fire. As they both become acquainted with the close-knit Klondike residents, things get complicated as Cherie and Jazz find themselves in the middle of a local crime wave where arson, kidnapping, embezzlement and a decades-old murder are just the tip of the iceberg. 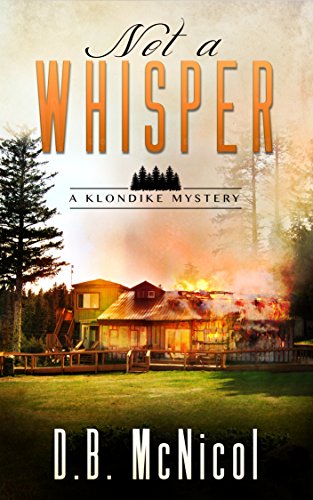 There are currently three books available in the series. Check them out!

Do you believe in ghosts?
That’s a loaded question. It’s almost as divisive as asking someone if they prefer Coke or Pepsi.
So I’ll just remind you that I wrote THE HITWOMAN HUNTS A GHOST which begins with the line
“You know it’s going to be a bad day when God tells you to call in sick.” 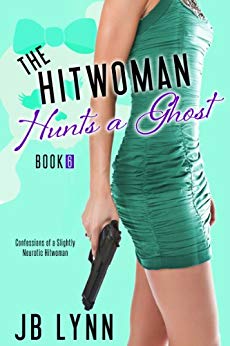 Bumbling hitwoman Maggie Lee has discovered the sister she thought was dead might be alive. She’s desperate to find her, but all of her bosses are making unreasonable demands. Demands she can’t afford not to meet.
Once again, Delveccio, the chocolate pudding loving mob boss, needs someone whacked.
Her obnoxious boss at her day job insists she intervene on his behalf with her semi-psychic friend, Armani.
And the mysterious organization with the power to put her almost-lover Patrick behind bars has saddled her with an annoying new partner and sent her on a mission that has gone to the dogs.
With the clock ticking, Maggie (along with her snarky lizard, dyslexic Doberman and Southern belle cat) does her best to pull off every job without winding up in jail or dead…but is her best good enough?

I must say I’m not a huge fan of eyeglasses. While I appreciate that they keep me from stumbling around blindly, they also complicate life. 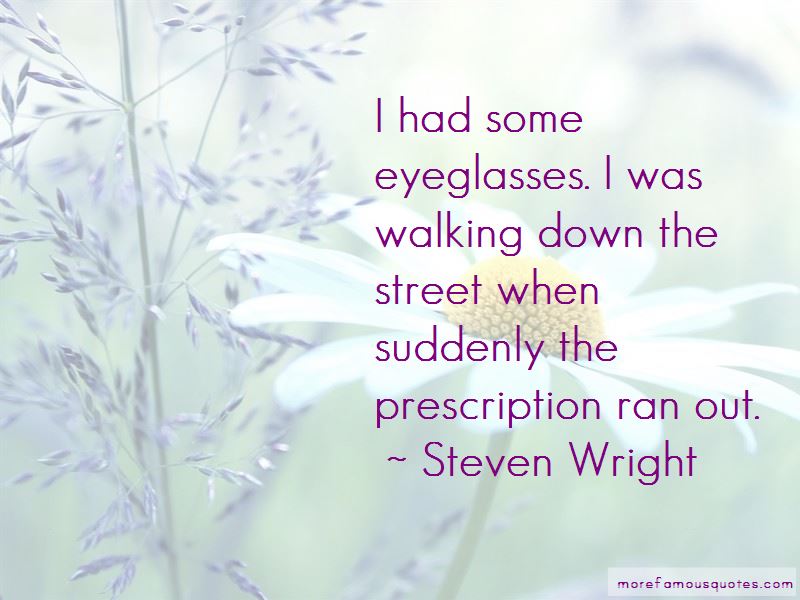 I’ve been wearing glasses since first grade (not fun!) and I’ve got a pretty strong prescription.
If I’m going to be out, I prefer to wear my contact lenses because they afford me better peripheral vision and I can block out some of the bright Florida sun with sunglasses. Not to mention that stepping out of an air-conditioned car into Florida’s heat and humidity can make eyeglass lenses fog up.
But…I find it difficult to read and write while wearing them, despite having multi-focal contacts, so, when I’m working at home, I prefer to wear my glasses.  (Honestly, if I’m reading a book or my Kindle I take off my glasses and just hold whatever I’m reading about three inches away from my face.)
Recently I switched to lenses that are supposed to filter the blue light of computer screens. In theory, this is supposed to help alleviate eye strain. I’m not sure if it’s not working or if I’m just tired, lol.

This week I’m reading The Worst-Case Scenario Survival Handbook.
Why?  Because it’s full of useful information God can share with Maggie.
Important things like How to Jump Into A Dumpster from a Building and How To Treat a Bullet or Knife Wound.
Or most importantly How to Escape from Quicksand!!!!!!
(When I was a kid I was TERRIFIED of quicksand….not that I’ve ever encountered it, but still…..”the more you know”) 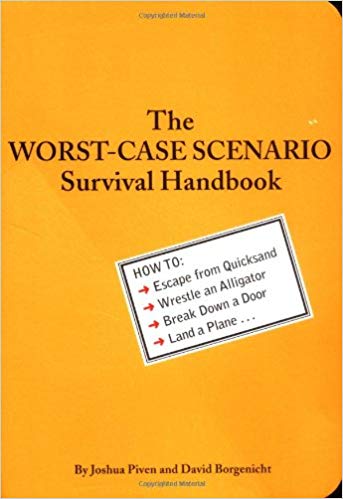 I was in the mood for comfort reads this week, so almost everything was a re-read.
I listened to Stephen King’s ON WRITING for inspiration. I read or listen to it every year.
SUM by David Eagleman. My favorite book of last year. 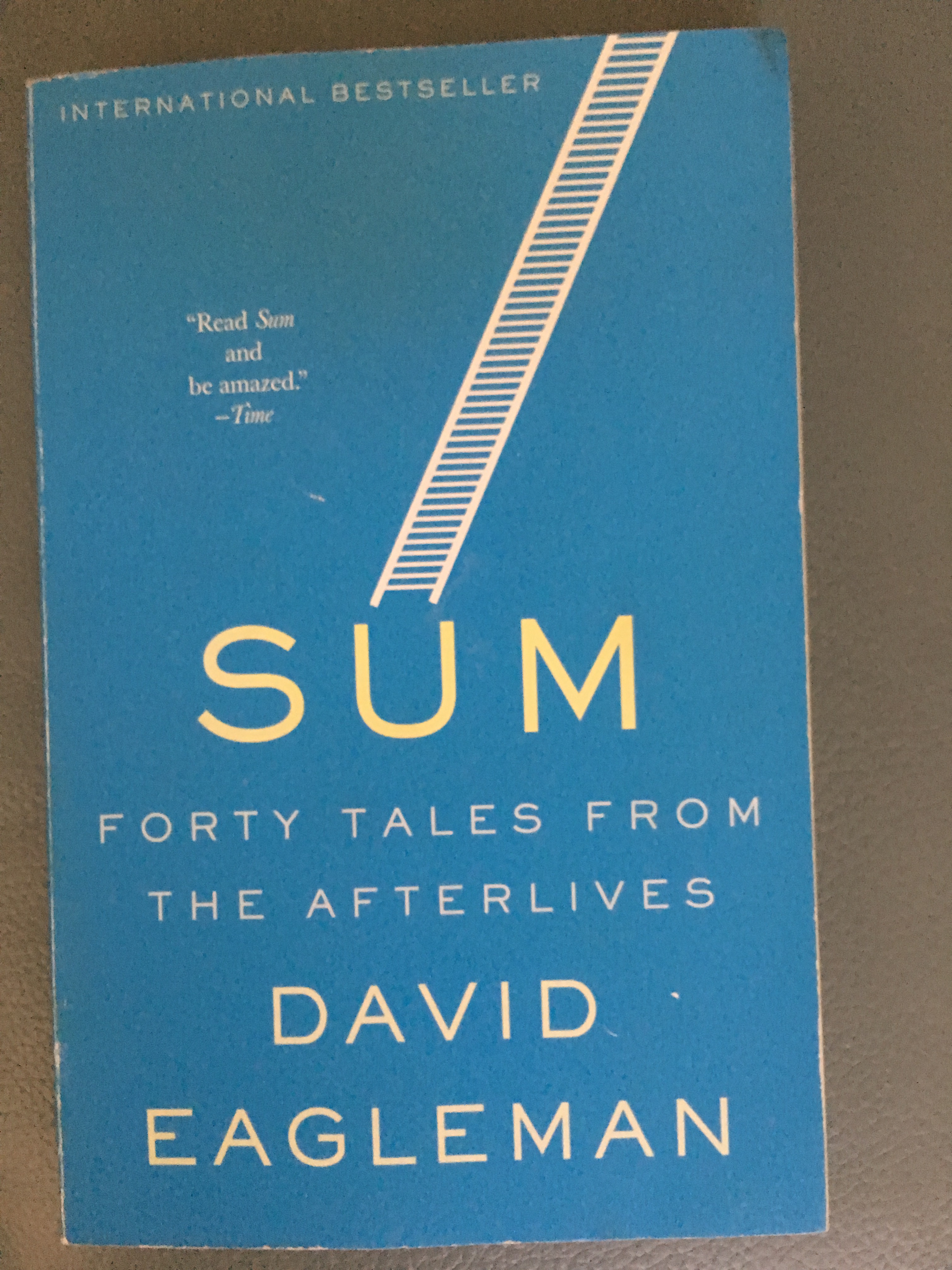 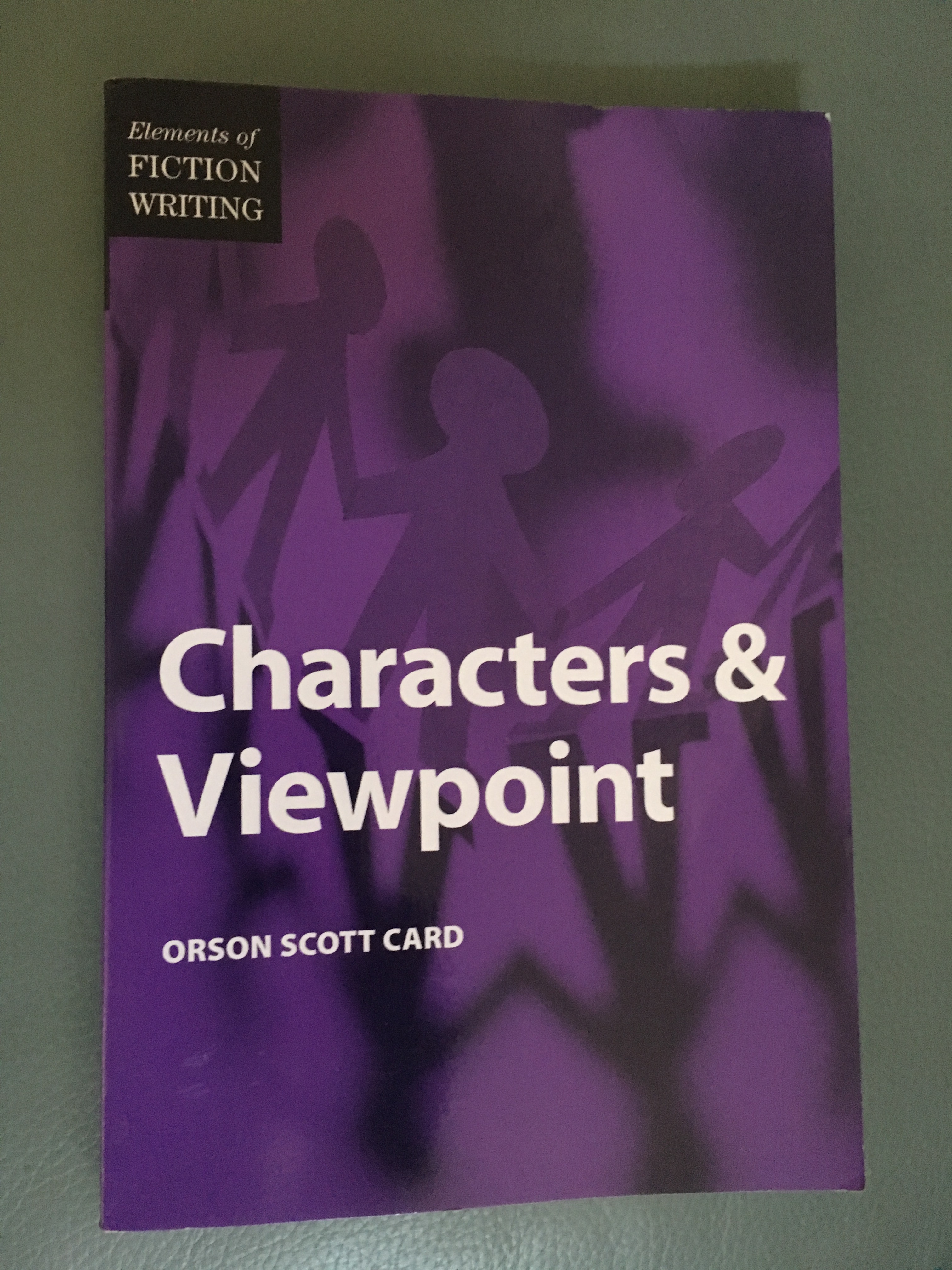 A friend gave me a copy of SIMPLE ABUNDANCE so I’m reading a short essay every day.  Today’s passage is about keeping a gratitude journal. 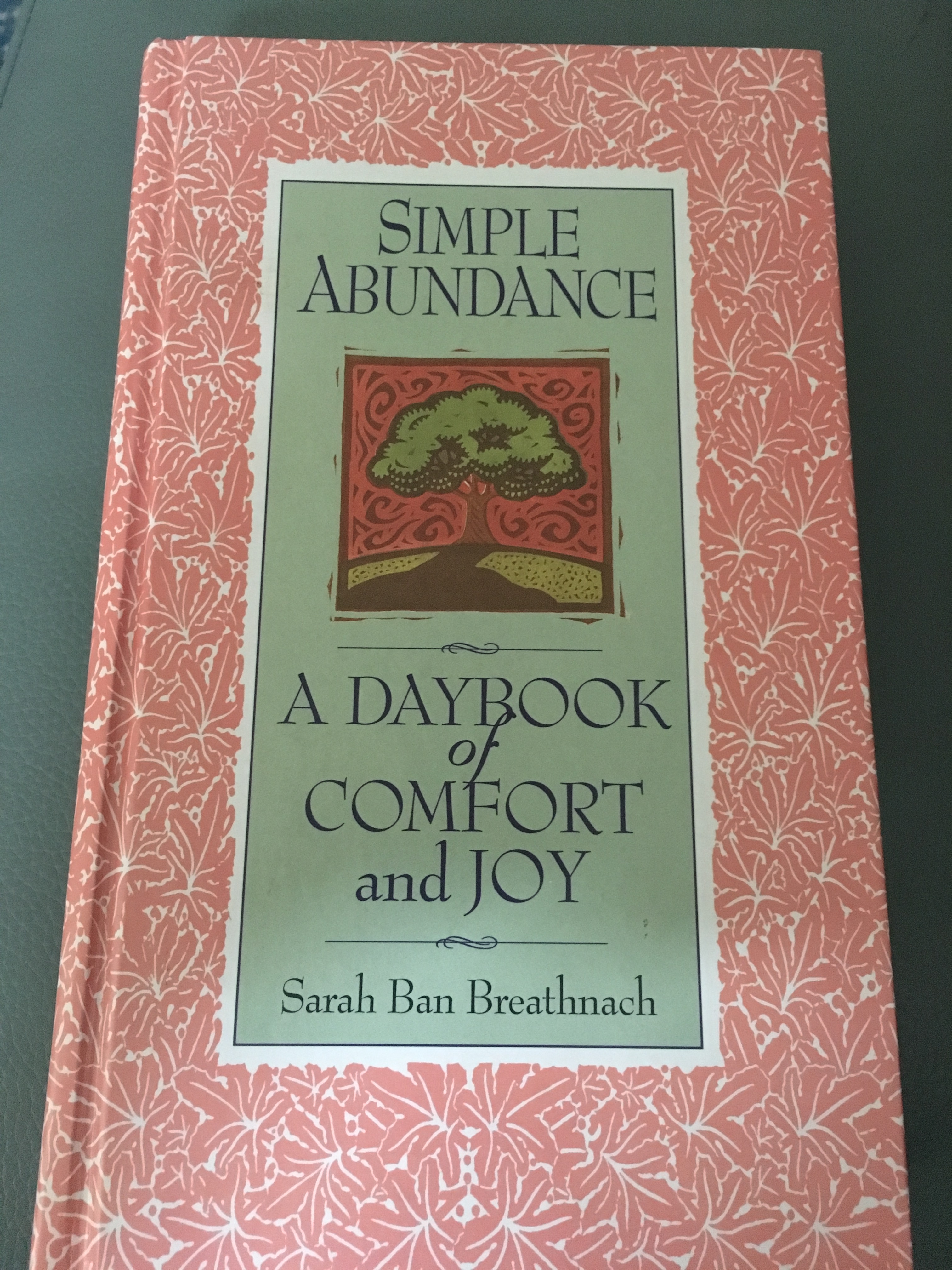 What are YOU reading?

“To say this is my very favorite series would be an understatement.”~Amazon